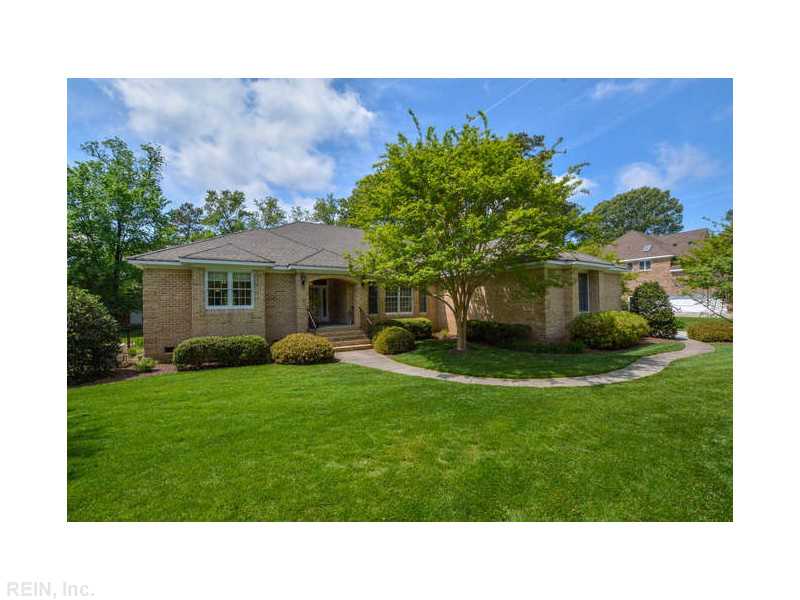 Adrienne Warren was quite familiar and comfortable with the Thoroughgood community when she moved in there 17 years ago. Warren inherited the 2,800-square-foot brick ranch house her grandparents built on a one-acre lot in 1972. “We lived with my grandparents for a little while when I was in kindergarten until second grade,” Warren said. She and her husband, David, moved into the house at her mother’s request while she was pregnant with her son, Steven, who is now 16.

She remembers visiting her grandparents every weekend in the house and recalls growing up with her next-door neighbor. “I remember several neighbors from when I was a child,” Warren said. “And my kindergarten teacher used to live down the street. In fact, we still have the same landline number I learned in kindergarten.”

The sense of community is one of the things Warren has come to love most about Thoroughgood.

“So many built their houses, lived there and stay there,” she said, noting the community has large yards and well-built homes. “I wanted to keep it and raise our son here. I have so many memories of growing up here, and now he does, too.”

Located in the northern section of the city, Thoroughgood is located between Chic’s Beach and the Lynnhaven River. Thoroughgood and Thoroughgood Estates feature 1,041 single-family homes. There is also a townhouse development, in the front of the neighborhood, called Thoroughgood Colony, which totals 150 units.

The neighborhood is a mix of stately, two-story brick homes, tri-levels and ranches.Home prices start in the $300,000s for a 1960s brick ranch and go up to $2 million for a 1.5- acre waterfront home with deep water access.

One neighbor stated, “There is a very active civic league that plans many wonderful events throughout the year. It has unique, well-constructed homes; beautiful tree-lined streets; and a rich history.”

Within the community is The Adam Thoroughgood House, a national historical landmark that is possibly the oldest surviving Colonial home in Virginia Beach. Believed to have been built in 1680, the house underwent a restoration in 1957 by the city.

The Adam Thoroughgood House is open for guided tours and holds events throughout the year. Pam Spillman wrote a book about the community, “The History of the Thoroughgood Neighborhood (1955-2013).” It is available for purchase on Amazon.