It depends on who you ask. Lawrence Yun, Chief Economist for the National Association of Realtors, seems to think they will rise. Others suggest that U.S. home prices will fall. Clearly we are in a market of unknowns and differentiating circumstances. Although the real estate market is changing rapidly, Real Estate itself hasn’t changed one bit; it is still very personal. The end result depends on your own personal and financial situation. Economists and forecasters pull data from both sides of the fence in order to reach, what I believe is, a foregone conclus 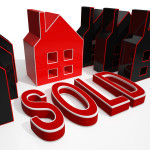 ion. Ultimately, you need to figure out what side of the fence you need to be on and do what is best for you and your family.

If anyone advises that this is the perfect time to either buy or sell without knowing your specific circumstances, be skeptical. Give me a call to make an appointment so we can determine what your buying & selling options are.

What the Economists Say…
Pending home sales rebounded in July and have now risen in four of the last five months, according to the National Association of Realtors® The August 28, 2014 press release on their site shared that the Pending Home Sales Index,* a forward-looking indicator based on contract signings, climbed 3.3 percent to 105.9 in July from 102.5 in June, but is still 2.1 percent below July 2013 (108.2). The index is at its highest level since August 2013 (107.1) and is above 100 – considered an average level of contract activity – for the third consecutive month.
Lawrence Yun, NAR chief economist, says favorable housing conditions are behind July’s higher contract activity. “Interest rates are lower than they were a year ago, price growth continues to moderate and total housing inventory is at its highest level since August 20121,” he said. “The increase in the number of new and existing homes for sale is creating less competition and is giving prospective buyers more time to review their options before submitting an offer.”
Yun adds, “More importantly, steady job additions to the economy are helping family finances and giving them added confidence to enter the market.”

The entire release can be read at http://www.realtor.org/news-releases/2014/08/pending-home-sales-pick-up-in-july.