Wild Green Yonder is a recurring monthly feature from the staff at the Norfolk Botanical Garden. 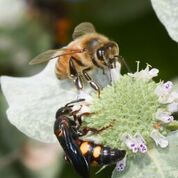 I attended a CLASS on pollinators nearly 10 years ago and saw a slide that I still remember as if it were yesterday. It showed a Chinese orchard worker climbing in an apple tree with a cigarette in his hand. He wasn’t smoking it – he was using the filter end of it to move pollen from blossom to blossom. Local beekeepers refused to move their hives into the orchards because the overuse of pesticides was killing off their honeybees, forcing orchard managers to hire workers to do the work formerly performed by the bees.

I’m not sure that I had truly appreciated the importance of honeybees for agricultural production until then. If you’ve ever eaten an almond, chew on this: When the almond groves in California are in bloom, nearly 85 percent of the available commercial honeybee hives in the entire United States are there to pollinate them. That is 1.8 million hives containing 80 billion bees, according to the American Beekeeping Federation. Facts like this should remind us that one out of every three bites of food we put in our mouth requires pollination from honeybees or one of our thousands of native pollinators.

Honeybees are uniquely valuable pollinators due to their hive-based social structure. The hive contains a single queen with thousands of female worker bees, and a much smaller number of male drones. Female worker bees truly earn their name – they are responsible for everything from cleaning and grooming the hive to foraging for pollen and nectar. The honeybee hive structure is so complex that many scientists look at the entire hive as one single “superorganism.” For agricultural use, they are a true mobile pollinating force – hives are routinely moved to points where they are needed across the United States.

And in case you think I’ve forgotten, I realize that the first thing most people think of when the subject of honeybees comes up isn’t pollination –it’s honey. Honey is nectar that bees evaporate until it becomes mold-resistant – they then store the honey in wax “combs” for consumption during colder months when they are unable to forage on fresh flowers.

In 2016, more than 162 million pounds of honey was produced by commercial beekeepers, according to the U.S. Department of Agriculture. This figure does not take into account honey produced by “backyard beekeepers,” whose numbers have increased steadily in recent years. And, it is no surprise that the European honeybee (Apis mellifera) was one of their first creatures brought to the New World by Colonists.

You might be familiar with the term “Colony Collapse Disorder,” or CCD. The same social structure that makes honeybees so unique also means that any pathogen introduced to the hive has the potential to spread rapidly throughout the colony. While CCD continues to be closely studied, most scientist believe that it is a combination of several factors including mites, disease and insecticide exposure.

If you want to support and sustain honeybees and other pollinators in your yard, I offer the following suggestions:

The thought of having to hand-pollinate crops ranging from apples to blueberries to cherries should be alarming – it’s critical that homeowners give honeybees and all other pollinators the respect and support they deserve.

Please come out to Norfolk Botanical Garden for the Honey Bee Festival on Aug. 19 and learn more from experts with the Beekeepers Guild of Southeast Virginia. 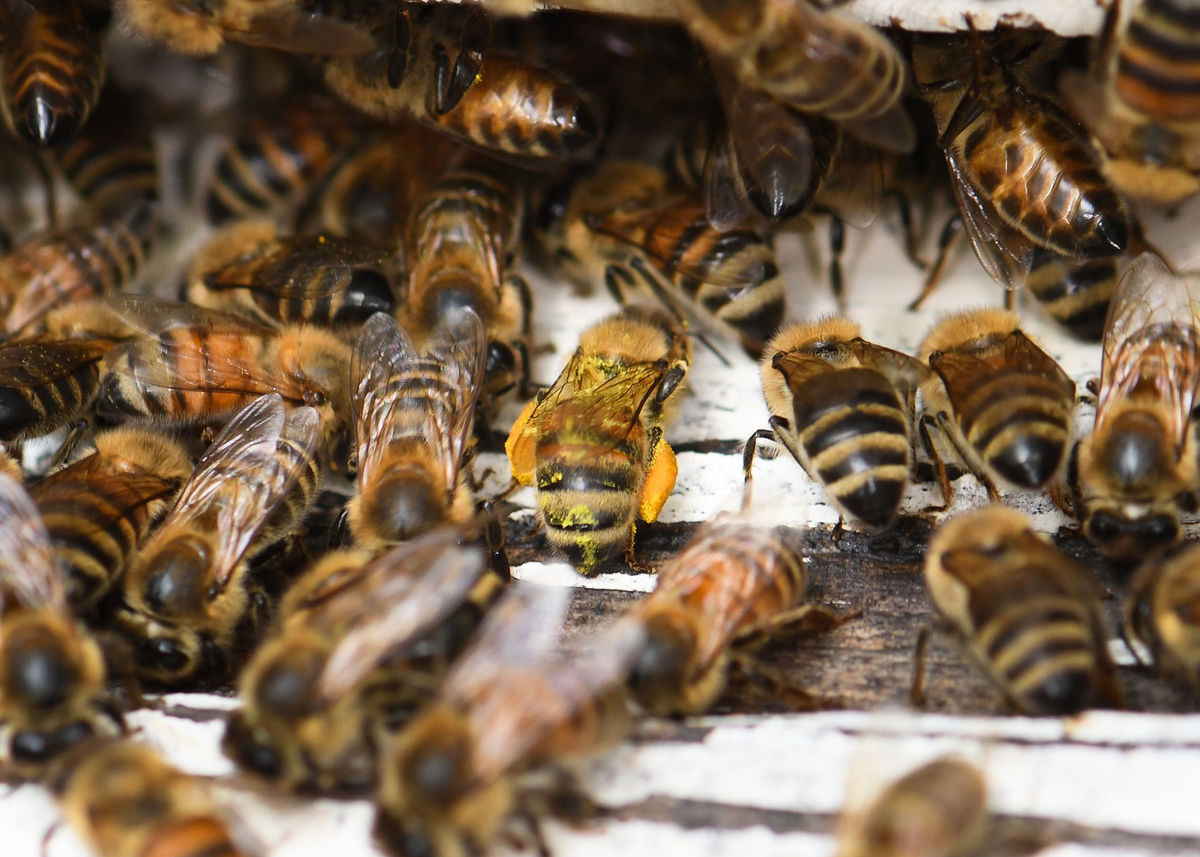